Knott's Berry Farm- Before and After Part 4 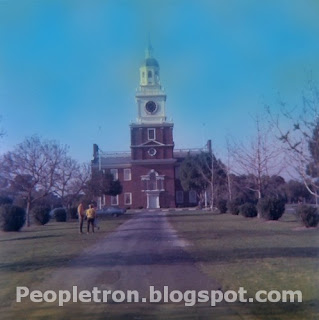 1970s
I thought I would post another then and now shot of Independence Hall at Knott's Berry Farm. This first shot shows the building and the long walkway leading up to the entrance. I apologize for the quality of this picture, as the prints from this set were badly damaged. I tried to make the sky more blue. The original picture had green skies. 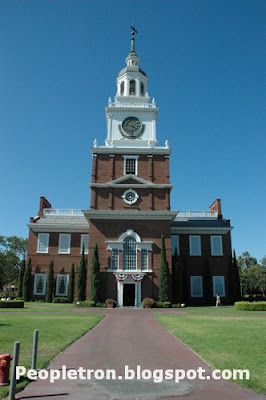 2010
And a more recent picture. The walkway is still there, but shorter. I had my back up against the wall of the Soak City water park. It's a shame that this once quiet and peaceful area of knott's is surrounded by a tacky water park. In the summertime the lawn here gets full of people in their swimsuits running around. But worst of all, it really make getting good pictures of the building difficult. The attraction itself is worth that annoyance as it recreates the original Independence Hall quite accurately.
Visit the official Knott's Berry Farm website here.